Our services
Home > The Hospital in the world of tomorrow 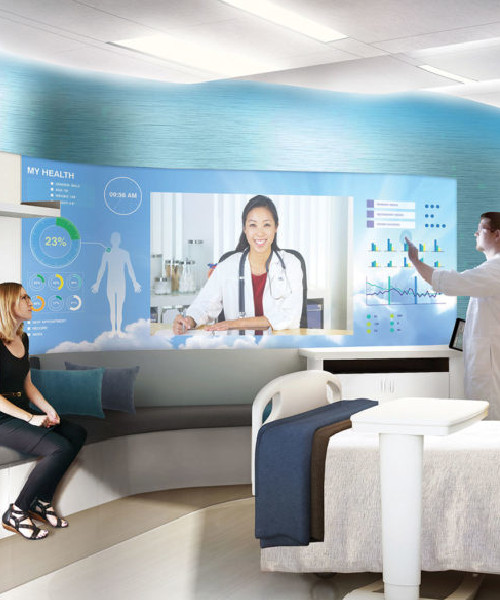 The Hospital in the world of tomorrow

A hospital is made up of departments with complementary activities, working in a tight flow, in a constant quality approach and with constantly changing priorities, more brutal as they are forced by unpredictable events.

Responsiveness of the hospital - a major challenge

Quickly identify patients whose appointments are steps in a Patient Journey in the follow-up of a chronic disease, long-term treatment or post-surgical care.

One must keep all security when moving appointments to a Patient Course so as not to alter the entire care protocols.
In full compliance with medical guidelines, the scheduling secretariats must be able to carry out their tasks with all the information necessary to direct the Patient in any scheduling.

The importance of no longer having to interrogate as many applications as there are services in order to deal with the emergency of the moment is an obvious necessity.
Because many Patient Pathways are multidisciplinary circuits, the nursing staff must be able to have a clear and global view of the level of care of each of the institution's patients at all times.

The City-Hospital link in both directions has become a real necessity.
The town or family doctor knows the patient's outline and profile, can document the hospital on these aspects and, participating in the decided Care Pathway, help the patient's recovery.

By means of a real City-Hospital Platform, the family doctor participates in the followup of the patient and provides medical and psychological support where necessary.

It is becoming essential that the Hospital-City Link integrates tools for communication, information sharing and multidisciplinary meetings, enabling care providers to create channels for exchange and mutual aid, thanks to the complementary nature of their work.

The hospital's siled operation as has always been known must be included in a wider functioning, allowing for multi-disciplinary care as the only way to respond effectively and comprehensively to many illnesses that are long and difficult to heal.
This multi-disciplinarycare must be programmed and monitored in a simple way by the hospital structure,surrounding the patient but also ensuring his or her good recovery step by step.

The Patient Pathways are the obvious answer to modular care according to the patient's particular profile and needs. The Patient Pathways allow very rapid programming with a high degree of adaptation, very detailed documentation and information on each of its stages, alerts for the hospital in the event of a break in care or unsatisfactory results requiring the Pathway to be readjusted.

Finally, in the context of this multidisciplinary monitoring, the City-Hospital Platform can provide real assistance in terms of access to and exchange of information between the patient, the hospital and the town doctor as well as external care providers.

The Emergency Departments note that a large percentage of the patients they receive require multidisciplinary follow-up, which is perfectly feasible in the establishment but with immediate planning that is practically impossible with current tools.

Also, unless there is a risk of the patient returning months later with an aggravated pathology due to a lack of follow-up of the recommendations communicated to the Patient, the emergency doctors take it upon themselves to keep him/her in hospital for a few days until they can provide him/her with the route obtained very often by telephone with the organisational difficulties we know.

In this approach, which allows the Patient to leave with a series of appointments, the Emergency Department will remain without any news of the Patient or of the success of the care indicated, which deprives them of useful feedback for future similar cases.

A quick and effective solution to this situation lies in the electronic programming of these Patient Pathways by the Emergency Departments, thus reducing their preparation to just a few minutes. The Patient thus becomes an actor in his Care Pathway, assisted in this role as soon as he passes through the Emergency Department by the various services required by means of a powerful tool for planning and monitoring the implementation of the Pathways.

This new field is developing more and more on two levels: one purely technical, such as that seen in radiology in the analysis of images, the other based on statistics analysing the information created during the passage of Patients, applied particularly in the fields of anaesthesia or forecasting the load of the Emergency Department.

The Medical Protocols for patient care established independently by each department for each examination, surgical intervention or pathology can finally be computerised and used dynamically both by the department concerned and by the other departments of the establishment.

This involves the use of innovative tools capable of triggering alarms in the event of a protocol exit, the automation of the production of the information required by the patient as well as internally, its automated ambulatory pricing and its subsequent analysis as part of a constant quality approach.

The use of Medical Protocols frees human resources today blocked by the long and tedious but necessary manual programming of examinations, to assign them to other more productive care tasks.

The creation of Poles corresponds to the need to maintain specialisations specific to the Patient Pathways.

The programming of these Patient Pathways thus becomes more efficient, their followup more personalised and the changes made because of the various findings more rapid.

A Centre must be understood as a physical or virtual structure that meets this strategy of excellence but also the need to share information so that all the medical staff involved in the Patient Pathways managed by the Centre can move forward together by means of transversal information per service and shared by the care providers.

A hospital needs income for its functioning but should not have this constraint in mind as its only target. Such a thought would be contrary to the main motivation of the carers who have studied and made sacrifices with one idea in mind: to care for those who suffer.

The administrative structure is essential for the smooth running of the hospital to enable it to operate, justify its costs and provide it with the income it needs.

For all of this, its administration needs analytical data demonstrating the reality of these costs and the efforts of the medical profession to reduce them.

We all know that there are budgetary constraints applied due to the rising cost of health care. This increase is largely due to the ageing of the population, a lifestyle and food that make it easier to be overweight, and also to a lack of interest in their health capital, thinking that, due to a lack of information, diseases are for others.

As the hospital is at the end of the chain, it is all too easily considered to be partly responsible for these health costs, thus depriving it of its status as a social benefit and charging it as a budgetary burden.
This is in reality because nobody really knows the reason for these necessary expenses any more.

The only possible way forward that the hospital can easily take in the context of the current reflections is to focus its operations on medical protocols, the basis of the knowhow of each department, put to the common benefit by means of unitary, multidisciplinary care, also framed by the Patient Pathways and managed in all the Medical Centres.

By carrying out an examination according to its computerised protocol, it becomes evident that once completed, knowing the contours of the patient's care, it is easy to confirm the corresponding calculation of the outpatient tariff, including also the consumables.

This information, established at the time of completion of an examination, forms the basis of the analytical data that the hospital administration absolutely needs for the documentation and justification of its activities.

The use of Medical Protocols produces Workflows.
These Workflows linked in a Patient Pathway allow the preparation of summaries of information in the format and content desired by each doctor and for each stage of the Pathway, thus eliminating the downtime of searching for information in multiple applications.

In the context of Pathways, the Patient File, in its information section, has regained its rightful place as a general archive for making classified data available to users.

Protection of the hospital's operational mode

One of the hospital's major assets is its operational mode, the result of years of searching for the right staff and shared experiences.

Being able to describe all this experience and to use it when planning Examinations or Patient Pathways is the best assurance of protecting this common know-how while guaranteeing its evolution in a global quality approach.